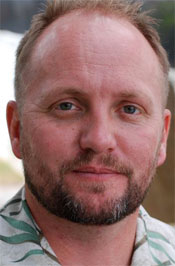 NAAE/ACTE Financial Report and a Summary of ACTE Keynote Speaker

After spending a week in Charlotte North Carolina at the (NAAE) National Association of Agriculture Educators and the Association of Career Technical Education (ACTE) conferences, I am very pleased that I was able to bring home some tremendous tools and knowledge that hopefully I can share with the rest of the Oregon Vocational Agricultural Teacher Association, and that will personally make me a better teacher. There is one thing that I would have preferred to have left in North Carolina though, and that was the flu. I probably got it from United Airlines in compensation for them losing my luggage. It’s been two days since I got back and they still aren’t sure where my suitcase is located. They said something about Germany the last time I called them…

In the Opening session, Dr. Larry Case gave us a report on the “State of the National FFA.” He told us that the organization is “financially stable even in these times of economic woes.” Even though the National FFA lost money on their invested stocks and bonds, our total net worth continues to increase, and we had an ending balance increase in assets of $46,000. Dr. Case stated that the board has “reduced travel of all staff by 20%, frozen the hiring of twelve new or replacement positions, and temporarily suspended the $700,000 technology update project.” He also talked at length about the economic troubles of some of our largest financial donors, including Ford, Chevy, Dodge and Toyota, and what that impact might have down the road.

Janet Bray, the Executive Director of the ACTE, stated that the ACTE is “financially stable and growing” and they have $2.5 million in total assets, including an increase in net worth of $481,000. Her message centered on the theme that our elected leaders and communities need to understand that career technical education is vital for economic recovery. “CTE and a stable economy are one and the same…”

The keynote speaker at the ACTE General Session was Daniel Pink. It was probably the best speech I’ve heard at any educational event or conference. Jeremy Kennedy and I talked with his staff, and they told us we could pencil him in for the OVATA summer conference for a cool $35,000. We figure if we all pitch in and pay a little extra in OVATA dues, we will have a great keynote speaker lined up for the Summer Conference to be held in Christmas Valley in 2043! I

t was a great speech, and I ended up taking six pages of notes. It is impossible for me to do it justice, but I will try to sum up his thoughts. Pink started his speech by stating math, english and science are important, but they are no longer enough. “There are three reasons for tipping the scales in favor of career technical education in the United States: ASIA, AUTOMATION and ABUNDANCE.

ASIA: Asia has a huge population, one billion people and 15% of them are graduates with BA and BS degrees. 15% of one billion is “a crap load” and their average salary is less than $20,000. There are more BA and BS graduates in Asia than the entire population of America. Any work that is routine and has a “correct” answer is going overseas. We still have a future in advanced manufacturing, but routine manufacturing is lost to outsourcing. Why would employers pay American BA and BS graduates $50,000 a year when they could save 30 grand and get the same product?

AUTOMATION: In the last century, automation replaced our backs. In this century, computers and software are replacing our brains… Automation is eliminating problem-solving, imagination and critical thinking from the work force. Lawyers, doctors, accountants are all being replaced by the almighty computer. You can pay $2,500 to a divorce-lawyer to fill out the paper work for you, or you can buy the software from Staples for $49.99 and do it yourself. Even cheaper, you can log on to the internet and type in 123DivorceMe.com and download the forms for free!

Last year, over one-million Americans had their tax forms done online by someone in India, another twenty-one million were done at home on personal software. This is not good news for accountants and other professionals who work in industries where there is a concrete “correct answer” to the problems…”

ABUNDANCE: In 1940 cars were a luxury item. In 2008 we have more automobiles than licensed drivers. Any wonder the auto industry is suffering during this time of economic trouble? We now have an abundance of manufactured goods that can be cheaply built overseas. In 1930, 10% of homes had a refrigerator. In 1960, 95% of homes had refrigerators. In 1970 only 2% of the population had a color TV. In 1988, 98% of American homes had a color TV, and yet we are still a country that has a 12% poverty level. In eight short years, the IPOD went from 0% to 88%. Eight years ago we didn’t even know we were missing something. We need to teach kids to have brains to come up with what we are missing, not teach them to get a job where everybody already knows the right answer.

The personal storage business is a 22.6 billion dollar industry. Storage was not a problem that vexed our grandparents. Can you imagine them sitting around the table talking during the Great Depression and saying, “Man, we have too much stuff, let’s go rent a storage locker.”

Pink concluded his remarks with this thought; “Think big. Think out of the box. Logic, numbers and grammar are all important, but it’s not enough. Engineering employers are screaming for change in the educational system. ‘Send us people who can think and quit sending us bubble filling nerds…’ Here are three questions that all teachers need to ask themselves in the classroom: 1. Can someone overseas do it cheaper? 2. Can a computer do it faster? 3. Is what I’m delivering in demand in an age of abundance?